I’d been out of touch with the news lately, so last week I tuned into the cable networks to see what’s been going on. Most of the coverage had to do with the presidential campaign. With Election Day being as far off as the return of Halley’s comet, I gathered that I hadn’t missed much. Things must be kind of quiet even on the Kardashian front these days.

The interesting thing about this campaign is that it looks like everybody in the country besides me and Vice President Biden have declared that they’re running for President. I figure old Joe probably just forgot to change his wall calendar the past couple of years. I’m sure he’ll eventually figure out what day it is and toss his hat in the ring as well. That would leave just me undeclared.

Joe Biden will likely get in the race once he wakes up and finds out what year it is.

Honestly, I can’t understand why there are so many people who are interested in the job. Sure, the benefits are nice, such as the absence of baggage fees on Air Force One. But regardless of how lucrative the benefits, they don’t seem to be worth all the aggravation that comes with being President. Just look at all the crises in the world that a President is expected to solve. You have the Middle East crisis, the debt crisis, and the immigration crisis, all going on simultaneously while you’re focusing laser-like on the truly important issues, such as getting that slice out of your golf swing.

That’s why I’m not even thinking about running, even if everybody else is. Besides, I was never good at politics. In school, I couldn’t win an election for class president if I was being privately tutored.

Even the Cartoon Network is covering this election.

To win a presidential election, it’s crucial to get your name out there, and that means getting press coverage. However, it seems that Donald Trump has already cornered the market in that precious commodity. Flicking through the channels (of which there are almost as many as there are candidates), it’d hard to find one where they’re not talking about him. Even the Cartoon Network has reporters assigned to follow the Trump campaign:

DONALD TRUMP (during a press conference): “Sit down, George Ramos; it’s not your turn! I’m currently addressing a question from Mr. Squarepants.”

With all this coverage, it’s no wonder that The Donald is leading in the polls. When talking about the candidates, the cable news mentions Donald, and the others only collectively as “the rest of the field.” That’s because if the news anchor tried to name them all, it would sound like he was reciting from the phone directory. 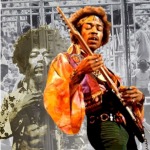 Only Woodstock, it seems, was as crowded as the 2016 Presidential race.

I caught somewhere that our own governor, Bobby Jindal, is also running. Poor guy. With the field as crowded as Max Yasgur’s farm when he hosted Woodstock, Bobby can’t seem to get anyone to notice. The last poll I saw had him only slightly above a dead armadillo on the side of Interstate 10.

All of this has the makings of a riveting campaign cycle. It looks to me like, in the end, every voter will cast a single ballot for him- or herself. That would leave me, as the only one not running, to have the deciding vote. For once in my life, I could be a very popular person.

Remember one thing—I can be bought.