I believe that my wife was secretly happy when my doctor told me that I was in the early stages of Type II diabetes. Medical science had just given her a new and powerful weapon in her long-standing assault against my freewheeling lifestyle.

Up to that time, she’d been woefully unequipped to check my steady course toward self-destruction. It was like trying to stop a runway train by holding up a “Caution!” sign. But with the doctor’s news, she suddenly found herself armed with the proper tools to derail me.

And she learned how to use them, too, when she insisted on coming with me to the class that my doctor recommended on how to manage diabetes. There, a health professional told us about all of the lifestyle choices one should make to successfully control the disease. Of course, all of them involved no longer doing the things that I liked to do, and instead doing all of the things that I hated to do. My wife glued herself to the seat and took copious notes. I sat there sneaking M&M’s from a pack I had concealed in my pants pocket.

From then on, anything in our house that contained sugar was treated as if it were radioactive. She strung caution tape over the pantry until she could properly decontaminate it.

Another thing that my wife learned was the importance of eating three meals a day, with breakfast being most important. I barely had time in the mornings to get the crossword puzzle done much less eat breakfast, but who was I to argue? That was before I discovered that the breakfasts she had in mind didn’t involve bacon or creamed chipped beef or anything that came out of a chicken without first being processed to remove every molecule of flavor.

Food wasn’t the only part of her crusade. There was also the issue of checking my blood sugar. Loath as I am to the sight of the tiniest amount of blood, particularly my own, I resisted her daily urgings to do this. Eventually, she found a way to drive her point home.

“Did you check your blood sugar today?”

She also insisted that I start exercising regularly. “You should ride your bike,” she told me.

“You bought it five years ago. It’s in the garage hidden behind all of the broken-down lawn equipment that you never got around to getting fixed.” 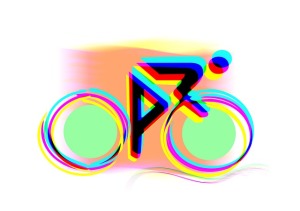 Dragging out the bike was one thing, but conjuring the motivation to ride it was another. But my wife covered me there, refusing to let the issue drop until I did so. It worked, but my begrudging compliance wasn’t enough for her.

“What’s wrong?” I asked her one time as I huffed out of the bedroom in my sweats. “I’m riding my bike, aren’t I?”

“Yes, but you’re not doing it for the right reason. You should do it because you care about your own health, not because I’m telling you to.”

“You know I can’t do that,” she answered. I felt worse than Napoleon at Waterloo. At least when he surrendered, he went away to an island and found some peace.

I realize that my wife does all of this because she truly loves me and wants me to stick around for a while. And thanks to her, I know I needn’t worry about dying from any diabetes-related complications. What I’m trying to figure is how to avoid being loved to death.