It’s about time that I got myself a dog. Being an empty nester for so long, I figure it’s time I got some help polishing off all of the leftovers in the house. Even though it’s just the two of us, my wife still cooks as if she were feeding the Brady Bunch. And a week’s worth of Hamburger Helper is more than even the hungriest mouth can stomach. 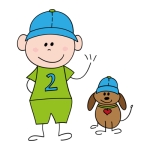 A Yankee and his dog.

The first thing that I did after the urge for a dog overtook me was to get on the Internet and start researching breeds. People who know me will attest that I can’t decide on anything without studying the matter to death. The only exception to this rule would be when I get dressed in the morning, which is why they describe my clothing style as “urban clown.”

I had to be sure that the dog I ended up with would be a good fit for my personality and lifestyle, and the Internet has some excellent tools for this purpose. Several sites featured questionnaires that you can fill out to determine the perfect breed for you as an individual. Eagerly, I tore into these, indicating that I would prefer a dog that doesn’t bark, doesn’t shed, doesn’t require long walks, and won’t terrorize our three cats. The survey results unanimously suggested that the best breed for me would be “house plant.” 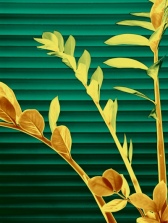 The surveys say this is the perfect breed for the Dang Yankee.

But a house plant wouldn’t be much good as far as helping with the leftovers, unless it happened to be a Venus Flytrap, and even then, I’d need a forest of them. So I backed off on my requirements a tad and repeated the exercise. This time, the surveys pointed me toward a Boston Terrier. I did some reading up on the breed, and my research confirmed that a Boston Terrier might indeed be a perfect fit. The reports praised their intelligence; although I do realize that we’re talking here about dogs—a species that, on the whole, makes garden slugs seem like nuclear physicists. 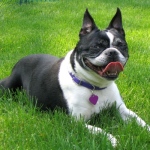 Satisfied with my decision, I kept an eye on the classifieds for Boston Terriers. I spent weeks wading through all the listings. Most of them offered mixed breeds that went by names such as Yorkiepoo, Schnoodle, and Chorkie. I felt like I was looking at a dessert menu. Eventually, I came across two ads placed by Boston Terrier breeders.

“You are not getting a dog from a breeder!” my wife exclaimed when I showed them to her. “There are so many good dogs in the shelter that desperately need a good home. If you’re getting one at all, that’s where it’s going to come from.”

I could reject her ultimatum, but I know that the decision between shelter and breeder comes down to a choice between sleeping partners—her or the dog. So it’s off to the shelter I go.

I must be getting better at decision-making, because that one didn’t take any research at all.