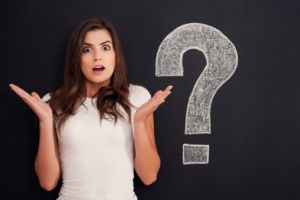 “Poor Danna,” my wife said to me one morning over breakfast.  “She said that she found out her husband is cheating on her.”

“Really?  Is she sure?”  I asked.  The news stung me as if I’d fallen over drunk into a mound of fire ants.  We were good friends with Danna and Roy, and they seemed like the perfect couple.  Roy was ever the considerate husband.  Rumor had it that he never complained about Danna’s cooking, even those times when she used the smoke alarm in place of a kitchen timer.  We theorized that he bought ketchup by the 55-gallon drum.

For Danna’s part, she was absolutely stoic the time that Roy used the newspaper that she’d kept with their wedding announcement to wrap the catch from his fishing trip.

When we ran into them at a party a few days later, I wasn’t sure how to act.  Danna, as usual, gave me a big hug when she saw me.  Without even thinking, I remarked at how sorry I was to hear about Roy’s infidelity.

Her eyes grew to the size of cue balls, and her jaw dropped into her margarita.  She turned and stormed off in Roy’s direction.

“What did you say to her?” my wife asked.

“No!” she replied.  “Not her!  I said it was Danna whose husband cheated on her.”

“That was Danna,” I replied.

“No, no; that’s not who I meant.  You know; I was talking about Frank who cheated.”

“Frank is Dina’s husband,” I corrected, “although maybe not for much longer.  And the same may be true for Roy vis-a-vis Danna, thanks to me.”

Honestly, I didn’t consider the mix-up to be my fault, nor my wife’s, for that matter.  I’m actually surprised that something like this hadn’t happened sooner among our circle of friends.  Off the top of my head, I can tell you that, in addition to Danna and a Dina, we are also friends with a Deanna, a Dianna, a Deanne, a Deannie, and a Dani.

Why do all these girls’ names have to sound so alike?  Guys’ names aren’t like that.  Guys have simple names like “Bob”, “Jim”, and “Mark”. There’s no confusing them.  When a guy introduces himself as “Mark”, you don’t think to ask, “Is that with a ‘k’ or a ‘q-u-e’?”  There’s no need to know, unless he’s showing up for a date with your daughter and you want to do a background check.  In that case, if he answers, “q-u-e”, that would be enough for me.

Of course, the lack of variation does mean that a lot of guys end up having the same first name.  For instance, where I worked, it seemed that every guy in a management position was named, “Mike”.  We all believed that the name was a requirement for promotion.  To my knowledge, I was the only “Mike” in my company who wasn’t a manager.  I attributed it to the fact that it’s actually my middle name.  Others pointed to comments I once made likening a certain Mike’s management style to Tony Soprano’s.

To which I would answer,  “No, the personnel department misspelled my name as “Mique”.

One response to “The Danna Dilemma”