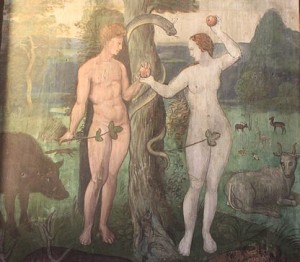 I’m currently reading the autobiography of Keith Richards, undead guitar player for The Rolling Stones. I must say that I’m stirred by how he candidly discloses the facts about his heroin addiction. The drug is a cunning seductress, one that slowly gains control over your life until, before you realize it, you are its prisoner. And I can relate.

His story is such an inspiration that I have finally decided to come clean and tell my own personal story. It’s not something I’m proud of, for sure, but if Keith can do it, so can I. I only wish I could say the same thing about his guitar playing.

My descent into addiction started innocently enough. I tried it out of curiosity, just a small sample at first. I was strong, I thought; I could handle it. Hell, what harm could there be in a little old iPod Nano?

Needless to say, the high was unbelievable. I had Willie Nelson in my pocket, and Uncle Sam was just going to have to make room. Now, I could listen to Willie everywhere—on my bike, at the grocery store, during my wife’s complaining about the leaking faucet, etc. But of course, that was only the beginning.

You see, the clever people at Apple had fashioned the Nano as a gateway product. Once you’ve got one, then you’re obligated to also install iTunes on your computer. And from there, it’s a quick descent into the iTunes store. At .99 cents a song, it’s cheaper than Starbucks, but then again, so are Super Bowl tickets. But that’s beside the point. Before I knew it, there were so many .99 cent charges to my credit card that the bill was as thick as the Houston telephone directory. My wife was reduced to buying candles of the unscented variety, but what the hell; I had 15 different versions of “Whiskey River.”

Still, it doesn’t stop there. Before long, you take aim at The Cloud, and you know that the only way to reach it, the only way to satisfy that insatiable craving, is to go all the way and get yourself an iPhone. Then you’ve got the ultimate in one compact device—Internet, phone, text messaging, camera, the ability to communicate with aliens, and so on.

And it’s with you all the time, whenever and wherever you go. You have the ultimate power. Your cat coughs up a hairball, and, within seconds, an image is available on Facebook for the viewing pleasure of friends as far away as Borneo. It makes no difference that you don’t have any friends in Borneo, or anywhere else on the globe, for that matter. Or that Borneoeans (or whatever they’re called) are too busy checking their Smartphones for the latest news on the Kardashians to bother themselves with looking at pictures of hairballs. It doesn’t matter. Just knowing that you could do it, if you had friends there, is satisfaction enough. You are Superman.

Of course, what you also have with an IPhone is a multi-year contract, one you dare not break if you place any value at all on your kneecaps. Now, I’m not saying that the Apple Corporation employs hit men to enforce cell phone contracts. Actually, it’s worse. They employ tenacious bill collectors who will stalk you and, at the first opportunity, clamp their jaws onto your leg and not let go until you pay up.

When you’re finally down to the level where you are walking down the street dragging around a rabid bill collector who’s attached to your leg, you’re past the point of denial. You cannot hide the fact that you’ve descended to the status of junkie.

That was me, a wretched figure. Camping out night after night until the last call at the Genius Bar, all the while lying to myself, “Just one more app, and that will be the last.”

But it wasn’t, for not long after that, I was caught in possession of a MacBook. It was my wife who finally put it all together. One night, while I was reading in bed, she confronted me. “What is ‘osks’?” she asked.

I happened to be reading OS X Mountain Lion For Dummies, a volume about the Macintosh operating system.

“Uhhh, it’s about a species of wildlife in Borneo,” I answered. It was the best I could come up with on the spot.

“You, know,” I stammered from the depths of my stupor. “They’re closely related to the Kardashians.” I was busted.

So now I’m in rehab, and I understand there’s an excellent chance for success. The place has a great track record, one of the best.